I have been doing presentations on difficult conversations for over 6 years now, and yet sometimes I still mess these conversations up in my own life. You’d think I’d be perfect at them, but I’m not. The thing to remember is that we have to learn to be comfortable making mistakes. I’ve come to know that we can always do something to rectify what has gone wrong in almost any given situation. In my experience, regardless of the circumstances, I have been able to practice and get better each time.

While we may get better with each difficult conversation we have, the reality is that sometimes these conversations don’t look pretty. Sometimes they look heated and can feel angry and scary. The thing to focus on, is that if both parties are actually listening then you need to keep talking, even if it’s not pretty, and even if it feels uncomfortable.

When we walk into a conversation that triggers a strong emotional reaction from us, it’s safe to say that we aren’t at our best. Emotional reactions are the worst place to have a conversation from. A strong emotional response puts us into “Fight or Flight” mode, and instead of our bodies diverting energy to the “thinking” part of our brain, we get a big surge of adrenaline and all the blood goes to our limbs instead. We are ready to physically FIGHT or RUN! To be truly effective at these difficult conversations we need to learn to get ourselves out of that emotional space so that we can have a conversation that is more about curiosity than it is about trying to prove our point. More of a dialogue than a monologue.

There are 5 steps to tackling a difficult conversation, and I’ll share the first 2 steps here. First take out anything that you have added to the story about the other person’s intentions and things that you added to the story but don’t have any facts about, so that you can get down to what actually happened. Much of what upsets us is in these situations are the parts of the story that we have added in ourselves – the assumptions we’ve made about the person or situation at hand. Once you have done that you might find yourself a little less upset, however it is important to take the next step, which is to take a moment to go through exactly how you are feeling. Simply naming your feelings will often help you come out of a triggered state. When you are in the conversation make sure you share your point of view but more importantly, listen and stay curious.

I often talk about moving back down the ladder of inference (see diagram below) to figure out what is “fact” in your story. We do this by asking “What happened?”, and taking out all the stuff that we’ve added based on our life, assumptions etc. Recently I caught myself making a big assumption with my stepdaughter. We let the situation be for a night and she told us the whole truth the next day. I realized two important things. First, I did not pay attention to my own teaching and made a lot of assumptions about what had happened. Second, and more important for me, was I discovered that I have a bias about boys and girls. What she shared is something I would have immediately assumed with my stepson, but because she is a girl it never crossed my mind and the situation caught me off guard.

Luckily, I train this stuff and am able to move through it fairly quickly these days. I apologized and we moved on, and then I had to face the realization that while I think women and men are equal, I still hold some beliefs about the difference between sexes. I am still learning too, and I appreciate these moments where I can see where my biases are. These beliefs are long held, so there is no need to punish yourself for having them but take a moment and realize you have them so that the next time it comes up you behave differently (or catch the thoughts sooner).

So many of us face the challenge of having difficult conversations not only with other adults, but with the younger people in our lives. The beginnings of these conversations can look awful, but if you take the time to consciously check your assumptions at the door, and stay curious, you will open the door to improved communication. Sometimes these conversations get heated, one or both sides might yell, and it can almost feel like a targeted attack. Remember: It’s OK to yell sometimes, it’s OK to cry, it’s OK for the conversation to look heated, angry and scary. I like to remind people (including my stepchildren!) that it’s preferable to speak to people before you are very upset about something, but if a heated situation is how we have to get there, then that is how we will get there.

While in some situations we are dealing with teenagers whose brains are changing, and hormones are racing, sometimes it’s 2 adults having these conversations and it’s not really that different. We get caught up in the emotions of a conversation and the only way we know how to deal with it is to get heated. It’s not always a bad thing. Sometimes the heated conversation allows what needs to be said, to be said. I will add, if the heated conversation includes insults being thrown at each other, walk away. Nothing good comes of that. I’m talking about a situation where the voice is raised, and the emotions are high but only the divisive topic is being discussed. The words aren’t hurtful to the person.

Ideally you work towards having the conversation without the heated emotions, but we are imperfect beings and it’s hard to curb our emotions. So, if you are hearing each other but the conversation doesn’t look pretty, keep going. I promise you – the next conversation won’t be as heated. 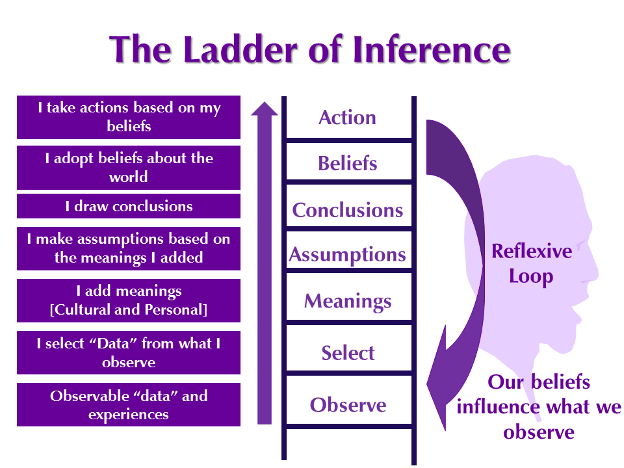 0
SHARES
ShareTweet
Back to blog

When you step into leadership, you learn quickly how overwhelming the role can be. In this online course, we grapple with what exactly fuels your stress, and help you to build a foundation for clear, confident, effective leadership.

As a speaker, I share what I know best: leading from a place of self-knowledge. From navigating difficult workplace conversations to my own healing journey of leadership, I’ve honed a series of talks that spark inspiration and shift paradigms.

When you’re a leader, who are you supposed to turn to? A relationship with a coach like me addresses those feelings of isolation, giving you a safe and confidential space to work out your most complex challenges.